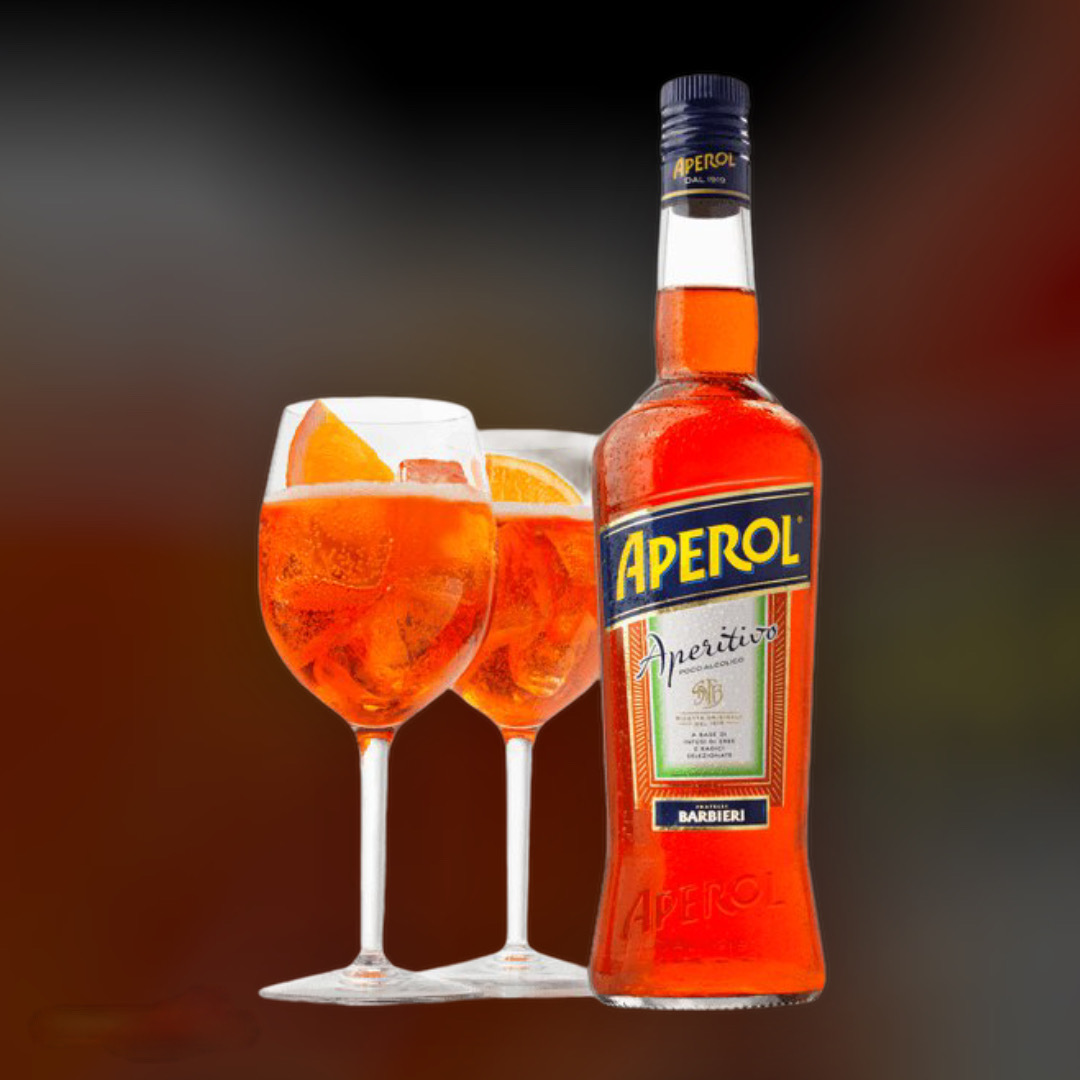 Aperitif aroma is characterized by bright shades of orange and hints of herbs.

Taste an aperitif - a fruity, slightly bitter, with notes of orange, herbs, quinine.

Aperol recommended drink with ice, tonic, with the addition of lemon juice and sugar syrup and vodka in cocktails (including - beer, wine or white Prosecco).

Aperol aperitif of Italian origin contains 11% alcohol and has a bright orange color. It is poured into 0.7 liter transparent bottles, the cork is elongated black and the label is made in white and black colors. The composition of the liquor, as is customary with all manufacturers, is kept a closely guarded secret, but it is known that the recipe has not changed since 1919, when it was invented by the Barbieri brothers. It is known that Aperol contains more than 30 ingredients, its fragrance definitely has notes of orange, aromatic herbs, rhubarb and cinquefoil. A huge impetus for the rapid development of the brand was the appearance of the summer cocktail Aperol Spritz, its recipe in the 21st century is already described on the bottle of the drink. Since that time "aperol" and "spritz" are inseparable parts of each other. According to one version, "Spritz" appeared in Venice about 200 years ago, when Venice was still part of Austria, then it was invented by an Austrian military and was a mixture of wine and carbonated water. According to another version, the drink was invented during the First World War, when again Austrian soldiers mixed carbonated water, but already with sparkling wines, mainly Prosecco. And perhaps we owe the appearance of the cocktail to servicemen from the Austrian region of Wachau, where the tradition of diluting wine with sparkling water has existed since long ago. The main thing is not who and when invented this wonderful cocktail, the main thing is that Lomka Bar 24 hours a day in Kyiv will deliver all the necessary ingredients for it. Take delivery right now and our couriers will bring your order incredibly fast.
Home Payment/Delivery Categories
Beer Vermouth Wine Whiskey / Rum Vodka Cognac / Brandy Liquor Tequila / Gin The drinks Snacks
About us
ru | en
русский военный корабль - иди Н@%УЙ!