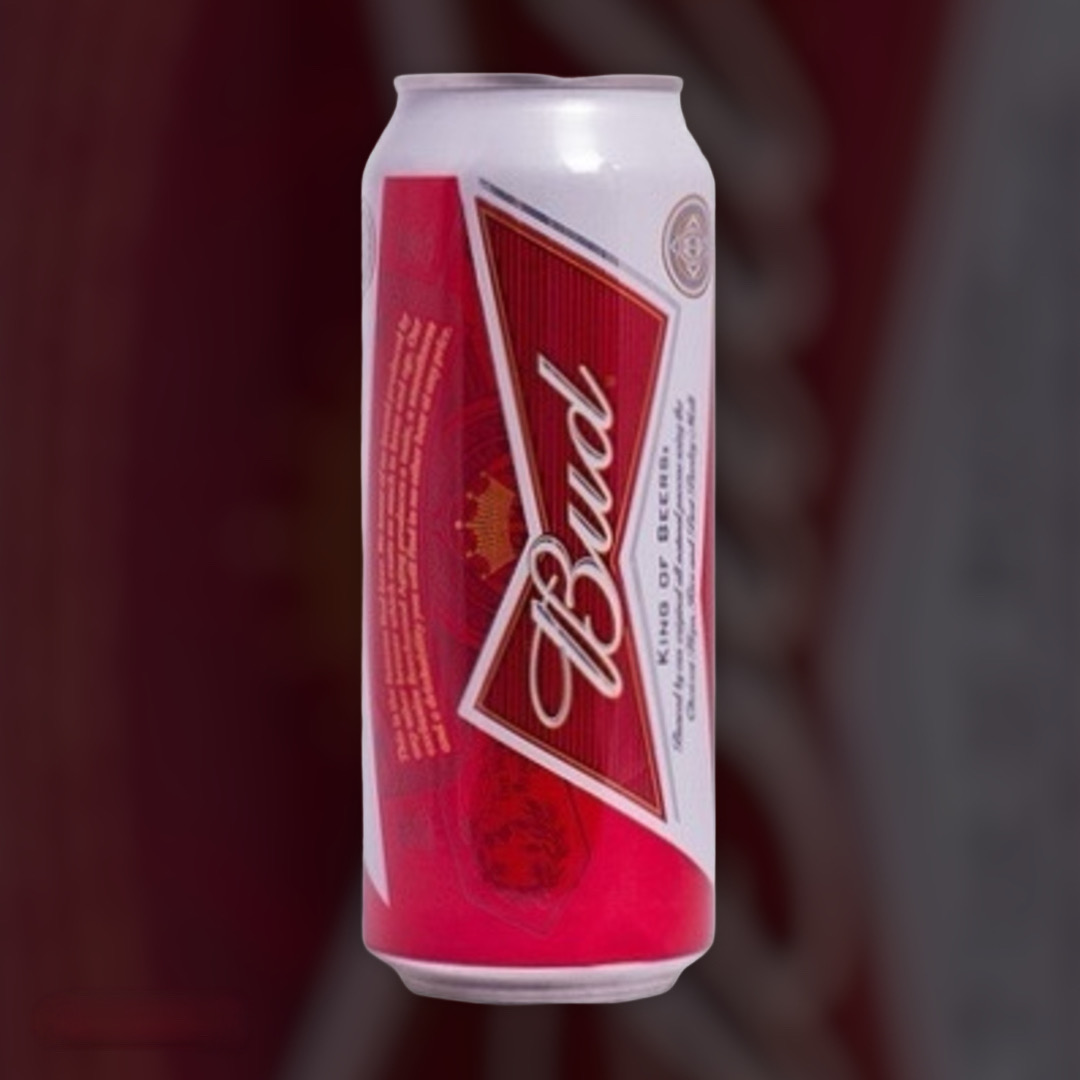 The flavor of beer felt fruit and caramel notes.

The beer has a pronounced taste with aromatic, bitter hop notes, nuances of caramel and rice

Bud is better known as the "King of Beers .The fifth generation Bud beer was first brewed by Adolf Busch in 1876 and is still produced today, adhering to the same high quality standardsBud is a flavorful, refreshing American lager beer. There are all rich in it, and excellent malt body, and breaking batting hops.Bud is a beer that embodies core American values: celebration and optimism. Back in 1881, Bud was the first beer in the world to be brewed using artificial refrigeration technology, making Bud famous for its world-renowned unique blend of flavor and freshness. Beer has light fragrance with citrus tones, complemented by spicy nuances.It was a real breakthrough in brewing. Although German immigrants from the second half of the 19th century brewed traditional pilsner-inspired lager in the U.S., the modern style of American lager survived the significant influence of Prohibition and World War II, so Bud should not be confused with the traditional European pilsner. It is interesting, that brewers sent exactly Bud to president Roosevelt as a token of appreciation, when he repealed Prohibition in 1932. Perhaps because Bud is translated from English as "buddy" and it was such a friendly gesture. Its friendly attitude is also supported by the facts of its sponsorship of the US Olympic team in 1984, the exclusive beer sponsor of FIFA World Cup in Mexico in 1986, the official international sponsor of the Olympic Games in Beijing in 2008, the official sponsor of the FIFA World Cup 2010, the Olympic Games 2010 in Vancouver, as well as sponsoring NASCAR teams. Bud is the beer of the modernity, so in 2010 Budweiser Brewing Company became a sponsor of the North American franchise league LCS on League of Legends, which specializes in cybersports. Bud also sponsors a variety of music events and tries to keep abreast of all the most interesting that is happening on Earth. Only forward to new experiences and achievements - this is what unites all Bud fans, because Bud is not just excellent beer, Bud is lifestyle! Because life is full of opportunities and unique cases. Bud is for those who love their life, look optimistically into the future and for those who choose their own way! Bud has blazed its own trail, choosing only impeccable ingredients and a unique, time-tested recipe with beech shavings aging to create for you the most famous beer in the world. Do you like that spirit of freedom from Bud? It is very simple to create a great mood, no matter where you are, order overnight delivery in Kyiv and our couriers will deliver it right to your house! Choose flawless service and even after 23:00 we will quickly deliver your order to any place in Kyiv.
Home Payment/Delivery Categories
Beer Vermouth Wine Whiskey / Rum Vodka Cognac / Brandy Liquor Tequila / Gin The drinks Snacks
About us
ru | ua | en
русский военный корабль - иди Н@%УЙ!