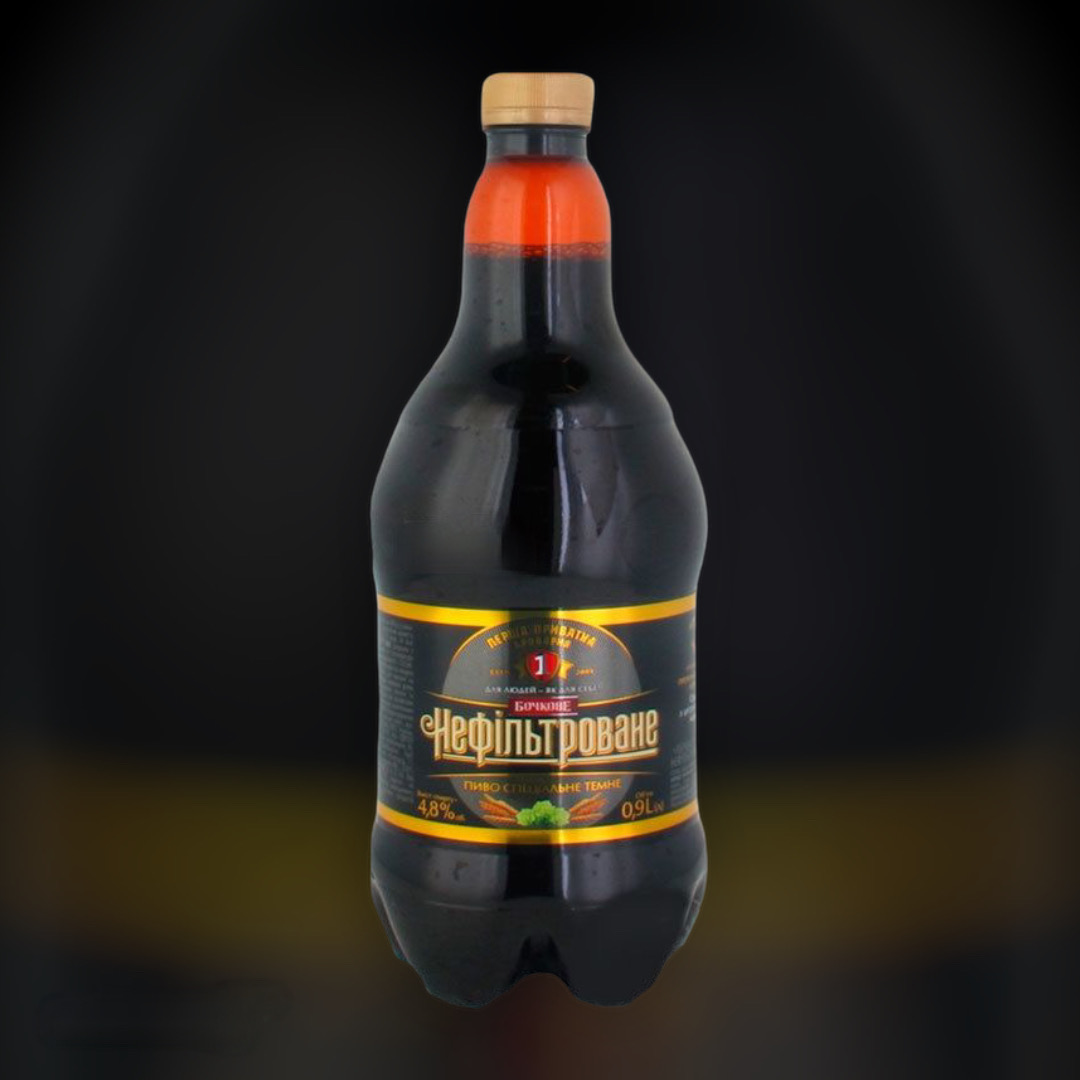 Beer is dark brown in color

The beer has a fresh and sweet flavor with caramel

The beer has a rich, full flavor with light caramel tones, in a sweetish aftertaste.

Matsoly's brewery is known both in Ukraine and far beyond its borders. "Persha Pryvatna Brovarnya" is one of the top four largest producers of the country's foamy beverage, occupying more than 15% of the Ukrainian beer market. Round-the-clock courier delivery from Lomka Bar adheres to market trends, which is why we have several PPB items in our assortment. Order Persha Pryvatna Brovarnya dark unfiltered and overnight courier delivery in Kiev will bring it in 30 minutes. The dark BCP beer, brewed according to the classic old recipe, is refreshing, and the fullness of taste is emphasized by the aroma of caramel. Once upon a time Matsola's brewing began as a small brewery "Galitsky Brovar", where beer was brewed according to old, traditional recipes. It was a big risk for a young businessman who decided to produce unique beer experimentally. He kept his hands up, took out a loan and did a renovation of the old brewery. The old brewery, let's say, was built anew and now it is called Persha Pryvatna Brovarnya. The name, according to marketers, was also very risky, too long and not very memorable. Matsola did not give up on the idea, as he put into the name the essence of his business - a unique approach in the original craft production. The main Galician brewer confidently states that the honesty and openness of his life's work is the key to the success of the PPB, and his slogan is "For people - as for yourself!" The owner of the "First Private Brewery" said that the company aims to change the market and the culture of beer consumption, because lately beer has become just "a beer liquid for pumping alcohol into the body. Nowadays the topic of craft beer production is very topical. After all, such beer provides an original taste of the product and promotes a high culture of consumption. Now in Ukraine there is a boom of home brewing. Beer is brewed by enthusiasts who have great desire and interest, however they have limited resources. So in Lviv a unique international project Insider Craft Hub was born. It is not about the creation of the brewery, as such, but about the appearance of the Craft Hub. Having a recipe the interested Craft brewers will be able to brew their own beer here without spending their own resources on the purchase of raw materials and equipment rental. You do not need to be a member of the club brewing, because the night address delivery in Kyiv will bring you a unique beer Persha Privatna Brovarnya dark unfiltered for 30 minutes anywhere in Kyiv. Order exclusive Ukrainian beer with free courier delivery in Kiev.
Home Payment/Delivery Categories
Beer Vermouth Wine Whiskey / Rum Vodka Cognac / Brandy Liquor Tequila / Gin The drinks Snacks
About us
ru | ua | en
русский военный корабль - иди Н@%УЙ!