rum Bacardi OakHeart delivery around the clock in Kiev 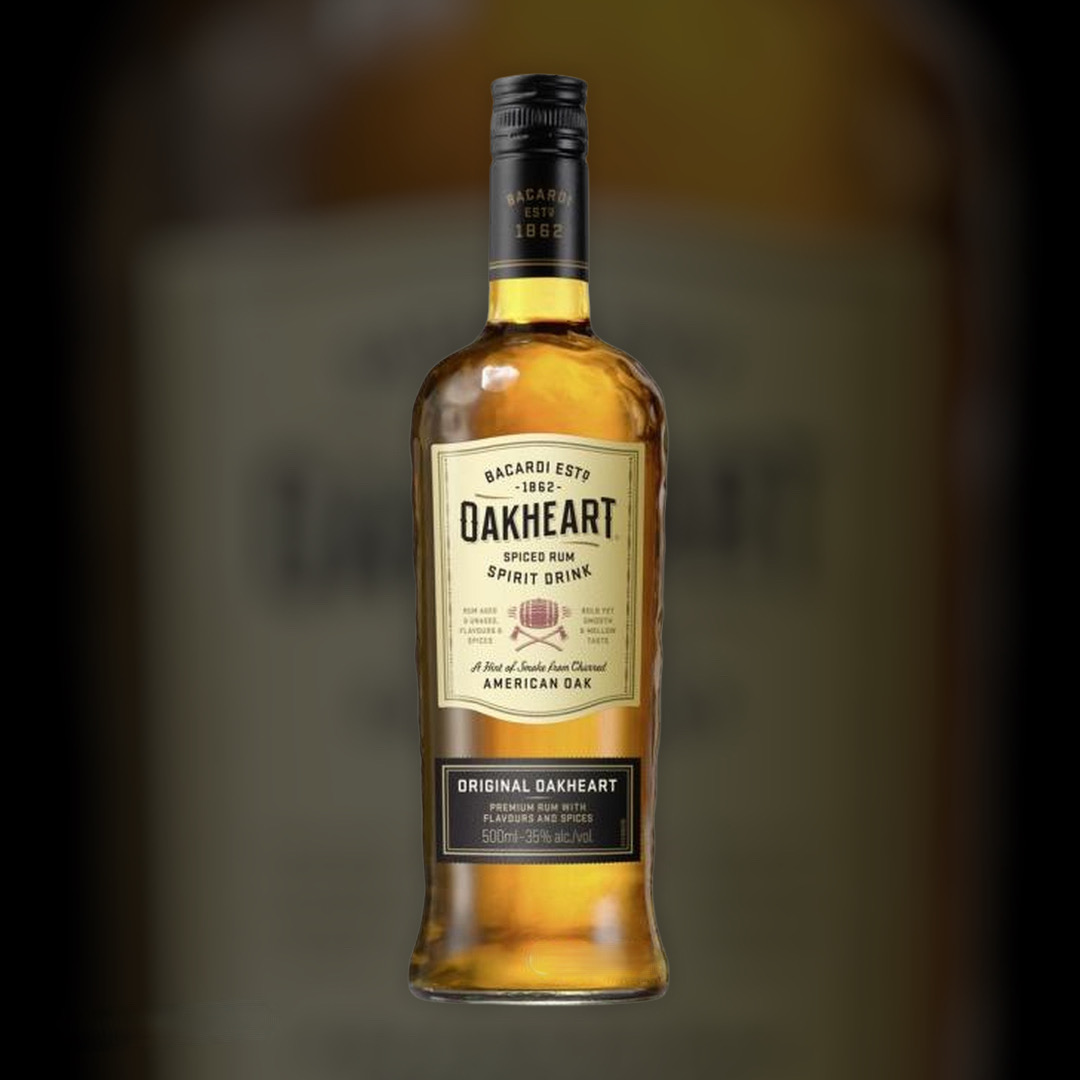 In the aroma of rum notes of oak are combined with smoky hints, there are also tones of dried fruits - apricots, prunes, raisins, cherries, orange peel, shades of vanilla and caramel.

Rohm has a velvety, soft taste with vanilla, maple syrup and honey.

Rohm used neat, with ice, with the juices.

Bacardi OakHeart is a soft and spicy premium rum made from selected aged spirits that have been matured in charred American white oak barrels for at least 12 months. The rum has a bright amber color, a unique aroma with tones of honey, oak and confectionery spices, as well as a silky slightly sweet taste with hints of vanilla, smoke and maple syrup. Bacardi OakHeart is a spicy rum that went on sale in November 2011. The strength of the drink is only 35 degrees. Experts say that it cannot be legally called "Spiced rum". And there is a separate category for it - "Smooth" or "Spiced Spirit Drink". Bacardi rum was founded in 1862. Don Facundo Bacardi Masso was the first who decided to ennoble the taste of a real pirate drink. For ten long years he perfected his craftsmanship and innovated in the blending process. He was the first to apply the four main production processes in the preparation of rum, which set the standard for quality in the field. Bacardi Oakhart is made on the basis of 35% rum. In addition to specially selected alcohols in the drink includes: Infusion of nutmeg and cinnamon; Vanilla extract; Honey; Dye - sugar kohl E150A; Water and sugar. Due to the quality composition of spiced rum, the manufacturer claims that this drink has no expiration date. And even after 5-10 years its gustatory qualities will remain the same. Today Bacardi master craftsmen use in the production of rum the same secret methods that were carefully protected and passed down from generation to generation 150 years ago. History of Lomka Bar is not as deep as the rum, but thanks to the 24-hour delivery of alcohol in Kiev, we write a new leaf with each your order.
Home Payment/Delivery Categories
Beer Vermouth Wine Whiskey / Rum Vodka Cognac / Brandy Liquor Tequila / Gin The drinks Snacks
About us
ru | en
русский военный корабль - иди Н@%УЙ!