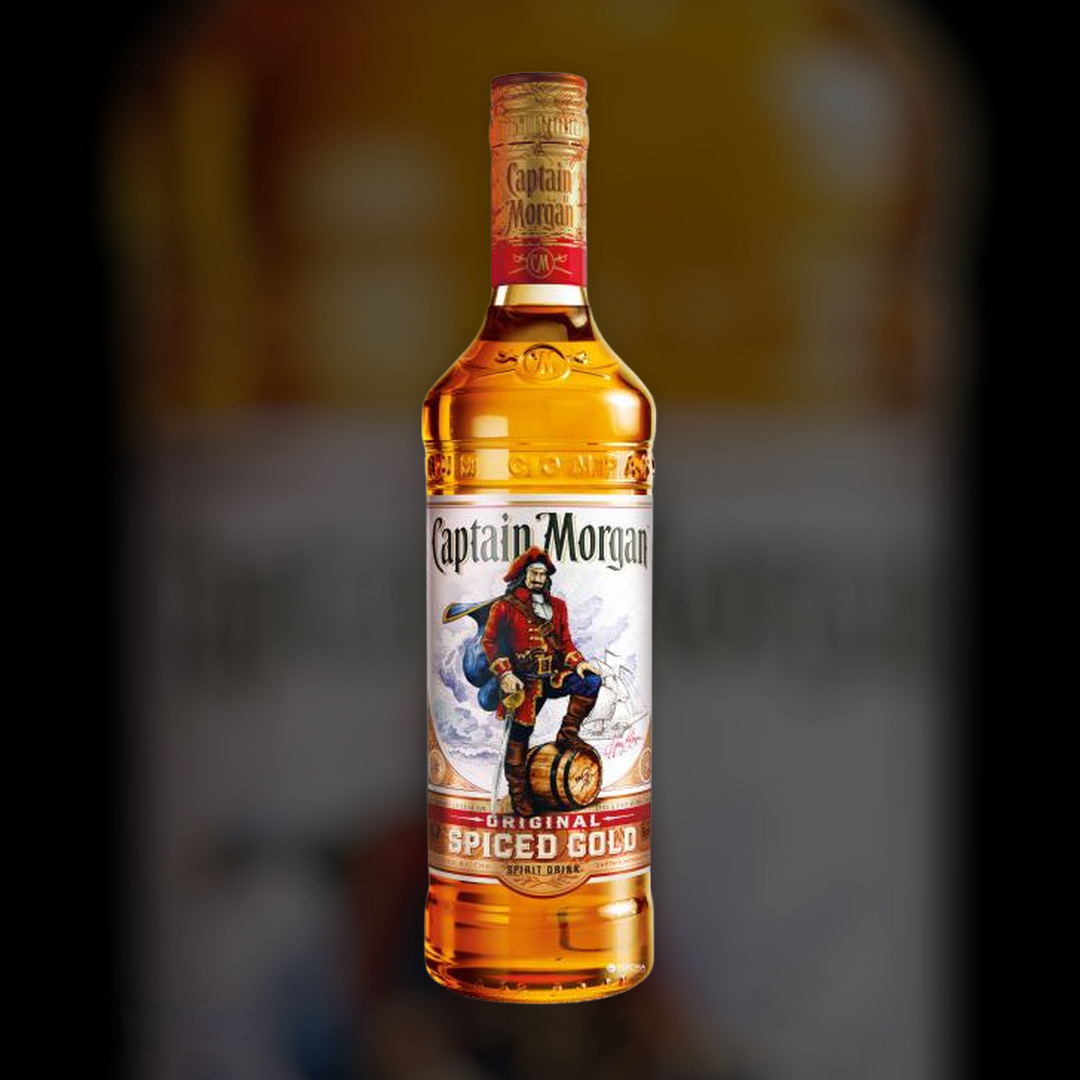 Rum the color of red gold.

In the aroma of rum reveals notes of spices, honey and fruits

Rum has a soft, seasoned taste with notes of dried fruit, spices and chocolate. In the aftertaste you can feel tones of vanilla and nuances of oak.

Rum is an excellent digestif. It is ideal in combination with Coke and is suitable for creating the most original cocktails. The best way to drink rum pure is with ice or a slice of lime.

Captain Morgan Rum has its own amazing history of creation, which began more than 400 years ago on the tropical islands of the Caribbean Sea. It all began with sugar cane, from which the locals learned how to squeeze the sweet juice, then ferment it, distill it and age it-so the very first rum was born. In the late 15th century, perfected with a mixture of herbs, spices and fruits, this rum became a favorite drink of the pirates in the taverns of Port Royal in Jamaica. Tasting the rich, sweet rum for the first time, Captain Morgan decided to create his own mix. His drink is based on sugar cane, from which sweet juices are squeezed and a product called molasses is obtained. The addition of water and carefully selected types of yeast cause alcoholic fermentation, followed by distillation, a skillful combination of science and art. In the distillation process, the fermented liquid is heated in rectification columns, obtaining the highest quality alcohol. The resulting liquid is then aged in charred white oak barrels to impart color, aroma and concentrated flavor to the rum. Further blending of the finest Caribbean rums creates the smooth taste of the recognizable Captain Morgan rum. Lomka Bar's overnight couriers will deliver your order obscenely fast. Captain Morgan Spiced Gold has a mild flavor with fruit and spice, but with the brilliance of a classic rum. It has its own style with the spirit of Jamaica and English austerity. Despite its young age, created by Captain Morgan Spiced Gold in 1983, it quickly became recognized in Canada, Britain and the United States. Thanks to the appearance of this drink a new product appeared - a spiced rum. Rich notes of vanilla, brown sugar, spices and oak aroma are the perfect combination for a balanced drink with a soft aftertaste. This rum contains secret adventurous spices artfully blended to create a rich and unforgettable flavor. Order your Scrap Bar delivery immediately - you must indulge in the incredible luxury of Captain Morgan Spiced Gold rum.
Home Payment/Delivery Categories
Beer Vermouth Wine Whiskey / Rum Vodka Cognac / Brandy Liquor Tequila / Gin The drinks Snacks
About us
ru | ua | en
русский военный корабль - иди Н@%УЙ!