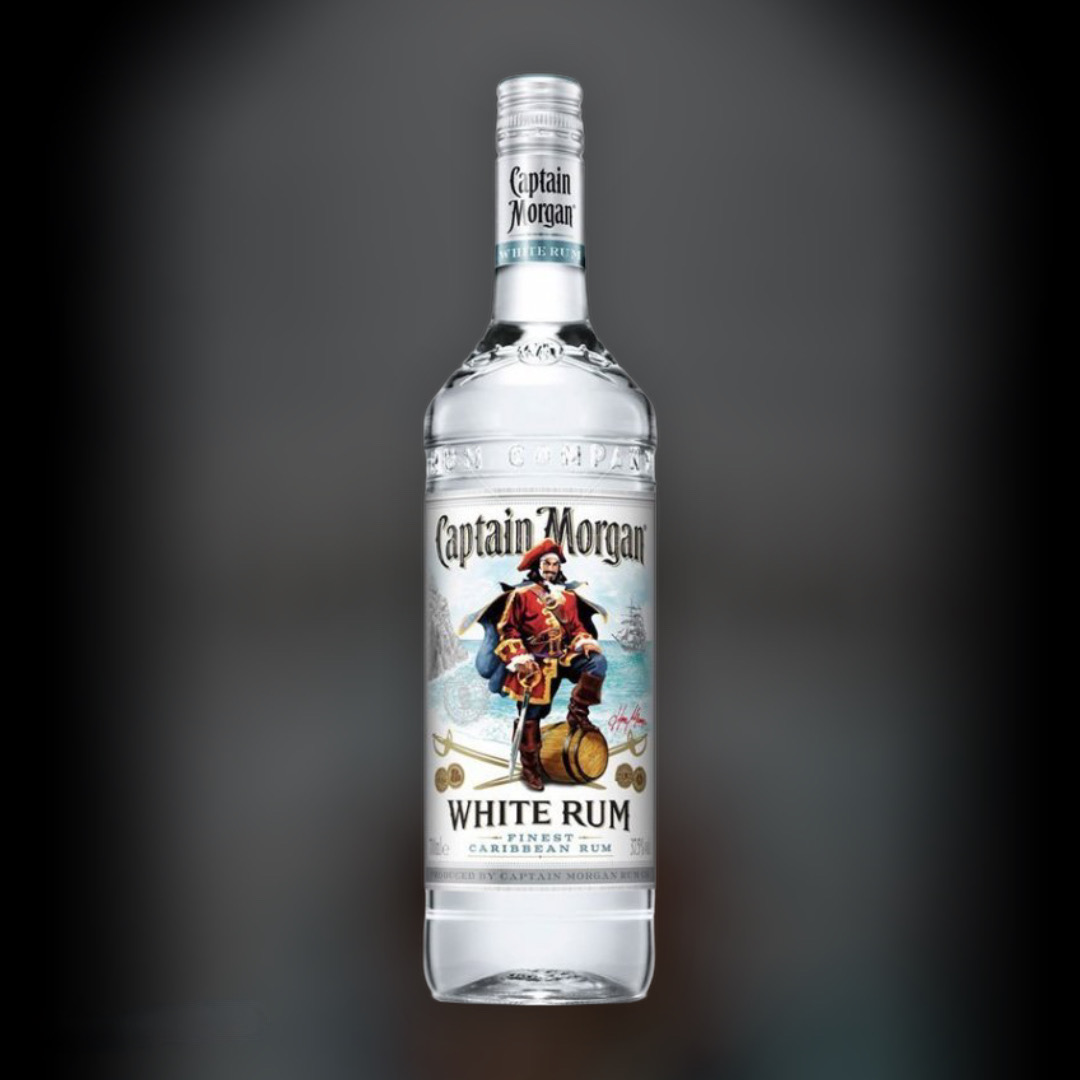 Predominantly in cocktails, created to make the most delicious Mojito!

Rum is a truly legendary drink. It was first produced in its usual form in Jamaica in the seventeenth century, although alcohol from sugar cane molasses has been known to mankind for thousands of years. The close association of rum with pirate romance comes to mind of every educated person - the reason is not only a predilection of sea robbers for this drink. In many ways, our strong associations are built on the influence of marketers - for example, the famous rum brand Captain Morgan took the life story of Henry Morgan, a formidable pirate of Welsh descent, as its basis. "Captain Morgan" White is the newest addition to the Captain Morgan line of rums. A white Caribbean rum inspired by the sparkling waters of the Caribbean Sea. Made from high quality molasses and sugar cane, by fivefold distillation. The rum has a fine smooth, moderately sweet, exquisite exotic taste filled with notes of burnt sugar, caramel, vanilla, melon, coconut, banana. In the end - a dry aftertaste with nuances of pepper and vanilla. Rum production according to the brand technology begins with the sugar cane pressing and black molasses extraction. The next stage is fermentation which results from the addition of yeast and water. The yeast is chosen specifically so that the result is a subtle shade of Captain Morgan rum. Next, the distillation process takes place. The alcohol is matured in wood barrels: it is necessarily white oak, so that the color and flavor will be special, signature. Finally, the final stage is blending. The best Caribbean varieties are blended in perfect proportions so that Captain Morgan fans in all parts of the world can taste the unique product. Lomka Bar's couriers at night will deliver rum incredibly fast to true admirers of this drink. The real history of Captain Morgan brand begins in 1944 when Canadian company Seagram (the largest alcohol manufacturer of those times) undertakes rum production. The main "engine" of the process was Seagram's founder Samuel Bronfman. He had a chance to taste rum of amazing quality and taste in Levy Brothers, a Jamaican drugstore. The secret of Levy Brothers rum looked intricate: they bought pure rum from Long Pond Distillery, then added a selection of aromatic herbs and spices to the recipe, then the drink "matured." An enthusiastic Bronfman discovered the new taste and officially bought the secret recipe from Levy. From then on Seagram got the official and exclusive right to sell the product. Later the businessman bought the Long Pond distillery itself from the Jamaican government. The trademark was named Captain Morgan and the formidable pirate became the main legend of the brand. In the 1950s the Seagram Corporation sells the distillery in Jamaica to Destilería Serralles. In 1984 Captain Morgan Rum expands its presence on the international market. The rights to produce Captain Morgan rum are acquired by Diageo in 2001. Currently, an identical rum under the name Captain Morgan Jamaica Rum is produced in Jamaica by J. Wray and Nephew Ltd. The parties came to a mutual agreement and without any litigation they produce similar products in parallel, the only difference is the name of the rum. Only Lomka Bar with 24-hour express delivery, incredibly fast, will help you find yourself in the Caribbean or at a pirate party, where you will definitely meet "Captain Morgan".
Home Payment/Delivery Categories
Beer Vermouth Wine Whiskey / Rum Vodka Cognac / Brandy Liquor Tequila / Gin The drinks Snacks
About us
ru | ua | en
русский военный корабль - иди Н@%УЙ!