Absolut Vodka delivery around the clock in Kiev 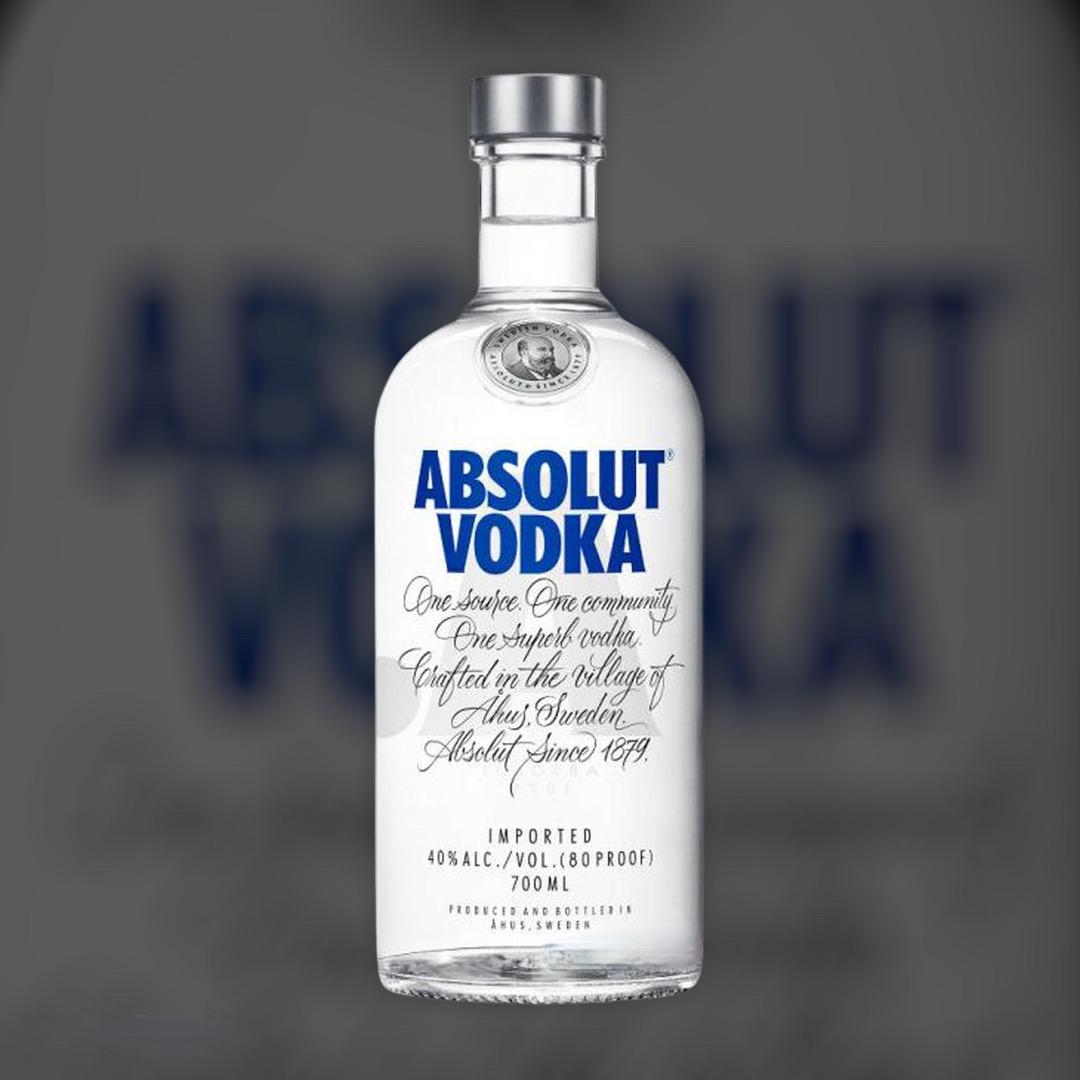 The vodka is pure, transparent in color

Vodka has a distinct flavor tones with grain notes and dried fruit.

Absolut is best drunk in its pure form.

Absolut is a Swedish brand. One of the most famous brands in the world of alcohol. Founded in 1979 in the USA, ABSOLUTELY changed the perception of premium bottlers, becoming a hallmark of art, culture and nightlife. Thanks to Absolut was a revolution in the cocktail-making world. The brand launched a line of flavored cocktails, which had not been produced by anyone before. Lomka Bar also wants absolutely harmless quality in the work, so we control every step of your order. Today, Absolut - the third largest brand for the production of alcohol, which is sold in 126 countries of the world. The name Absolut Mountain got its name from the Swedish drink Absolut Renat Brenvyn - absolutely pure brewed wine. The whole concept of the production of this bottling was based on the fact that it was "maximally Swedish. At first the pot wanted to be called "The Swedish Blondes' Fork" and to depict on the label the Vikings, who do the plundering, also a variant - "The Royal Court Fork", with the image of the Count, which covered the iniye. It was offered even to burn the pot in a papier, but none of the variants did not fit the idea of the quality and suitability of the drink. Only after the choice of the beach came the right decision. Marketer Gunnar Broman saw a Swedish pharmacy bottle in an antique store in Stockholm, it was unconventional, seemingly simple and ABSOLUTELY "Swedish". After the final correction of the shape of the beach was a decision to abandon the label, so as not to cover up the crystal clear volume. The Absolut is the purest, ABSOLUTELY free of residue, produced using continuous and uninterrupted distillation cycles. For their manufacture have only used their own local components - raw water, winter wheat. On one beach of horylka Absolut goes over a kilogram of grain, also categorically not used zukor, but only natural ingredients. Absolut Baking Pot is a smart, original and creative product. While other brands created dense and rash campaigns, Absolut stuck to the calm and streamlined Scandinavian root. The Absolut pot remains a unique product in terms of the design of the beach and the contents of the pot. To be remembered - you need to distinguish yourself from the others! Scrap Bar lives up to this slogan, which is owned brand Absolut, and tries to keep the service delivery of alcoholic beverages consistently high. Book delivery in the middle of the night and our couriers will bring the drinks from Lomka Bar in no time at all.
Home Payment/Delivery Categories
Beer Vermouth Wine Whiskey / Rum Vodka Cognac / Brandy Liquor Tequila / Gin The drinks Snacks
About us
ru | ua | en
русский военный корабль - иди Н@%УЙ!