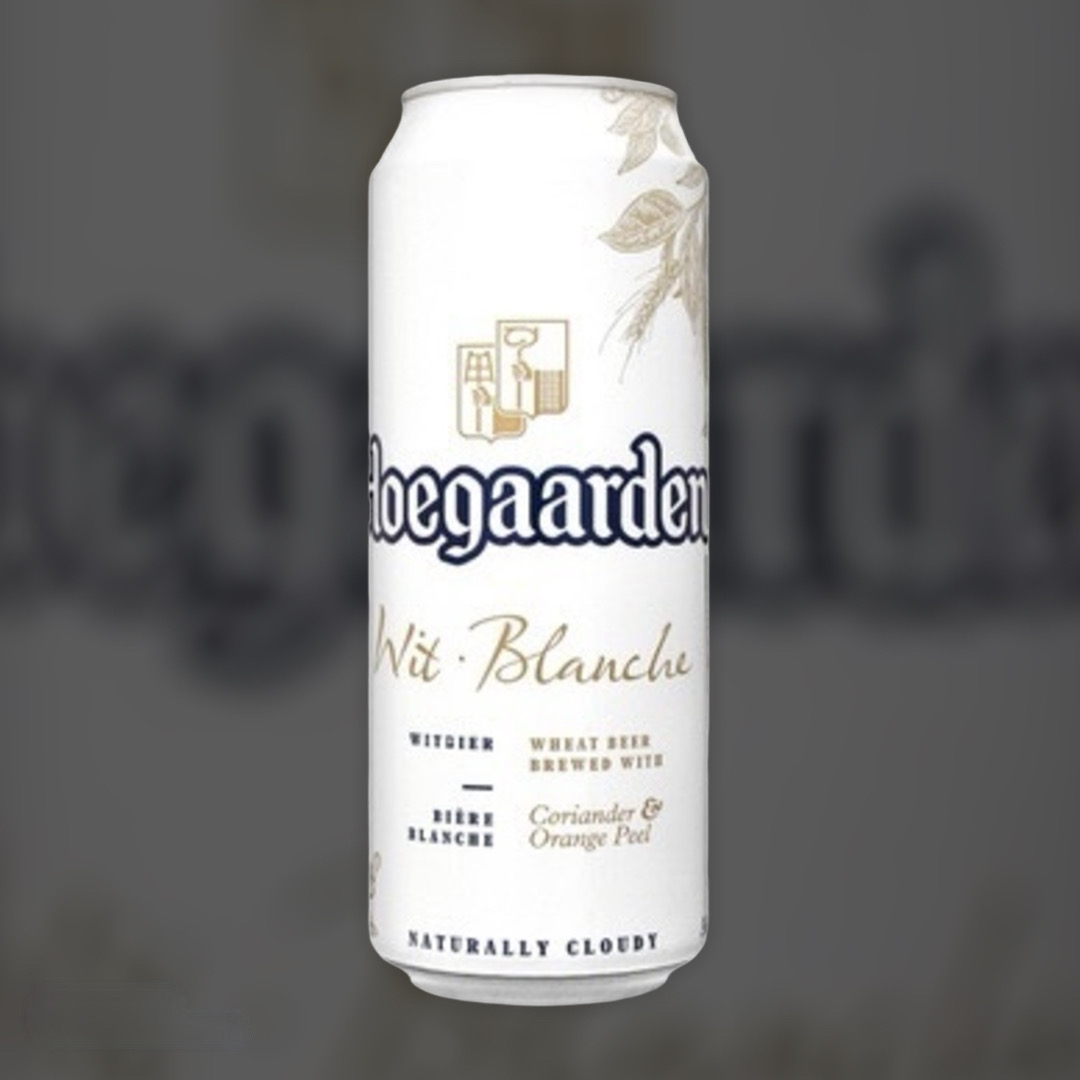 The beer is smoky, pale gold in color.

The aroma of beer is filled with tones of orange peel, coriander and spices.

The taste of beer is light, fresh, sweet and sour, with subtle notes of hops, spices and citrus (orange).

Hoegaarden (pronounced "who garden") is a Belgian whitbier named after a small town in the Flemish region of Belgium known for reviving the Belgian white ("wit") style of beer. In the 1950s Tomsin, the last white beer brewery in Hougardin, closed. Local milkman Pierre Celis worked at the Tomsin brewery as a young man. In 1965, when he was in his forties, Célis decided to buy brewing equipment and start making white beer again. He recreated the recipe based on his experience at the brewery and the stories of locals who remembered the look and taste of the beer. His new brewery was named De Kluis, which means "monastery," in honor of the monks who brewed beer in the region in the Middle Ages. The beer was called Hoegaarden in honor of Celis' hometown. The centuries-old history of the brewery now gives contemporaries the opportunity to order delivery. Hoegaarden White Wit Blanche is delivered to you in 30 minutes at night. Hoegaarden and feel what a real white beer should be. Because Hoegaarden, sold in dozens of countries around the world, is widely considered the standard of the Belgian white beer.It is made from malted barley, unmalted wheat, hops, coriander and orange curacao zest. It is very pale in color and cloudy with a frothy foam. The aroma and taste is citrusy, fruity, spicy and refreshing with a slight pungent bitterness. The beer is light, well balanced, mild in strength and deceptively moderate in alcohol (4.9% ABV). Ordering with free courier delivery in Kiev, you will be delivered not just a wheat unfiltered beer, and beer with a centuries-old history, a unique taste. Hougardin will fill your leisure time with lightness, and the unique wheat taste and dense thick foam will certainly raise your mood to the maximum. Our couriers are famous for fast address delivery in Kiev, and even after 23:00 deliver the standard Belgian beer Hougardin anywhere in Kiev.
Home Payment/Delivery Categories
Beer Vermouth Wine Whiskey / Rum Vodka Cognac / Brandy Liquor Tequila / Gin The drinks Snacks
About us
ru | ua | en
русский военный корабль - иди Н@%УЙ!