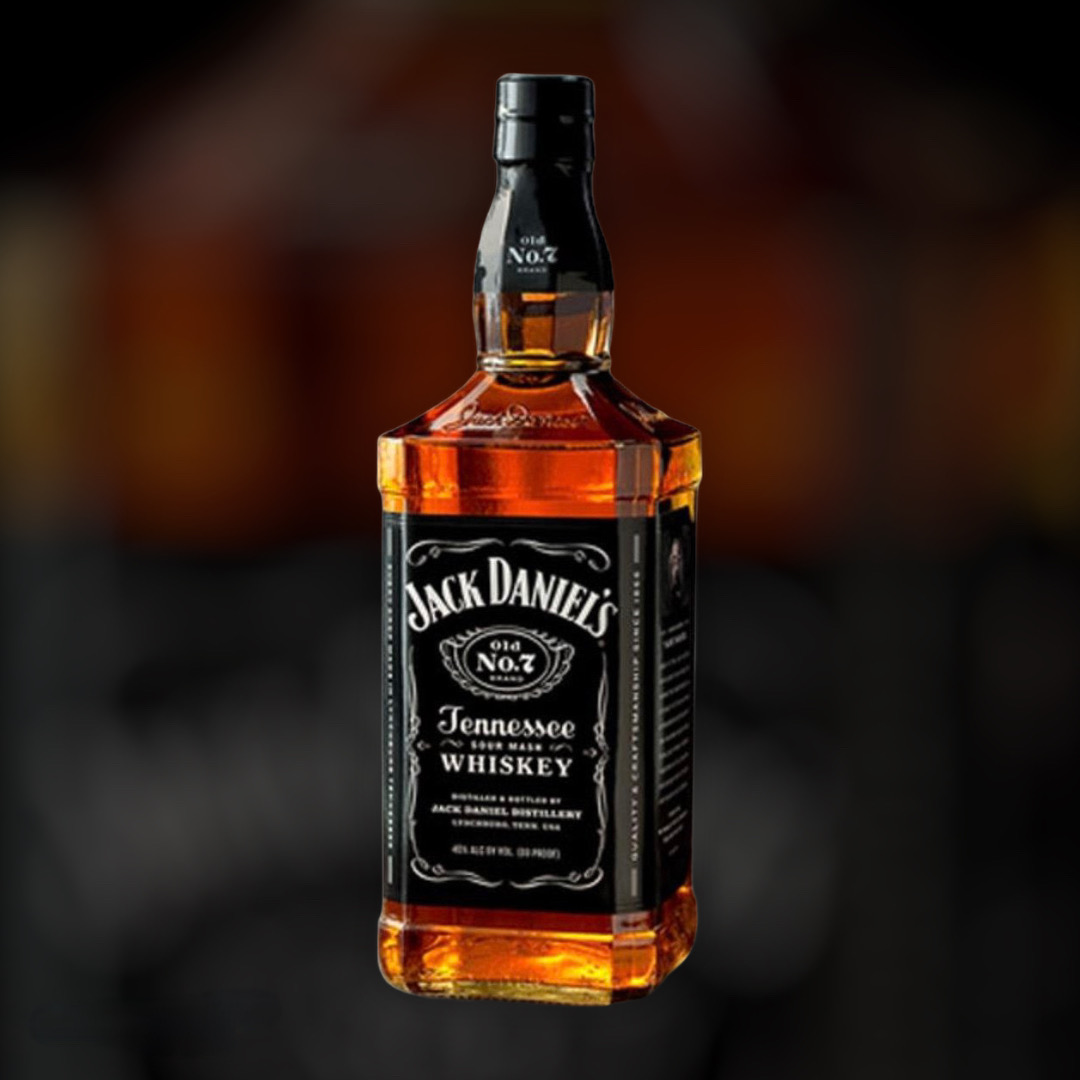 The whiskey is a noble amber color.

The aroma of whiskey fairly easy and smooth, with a pleasant sweetness, notes of spices, with oily shades of nuts and nuances of smoke

The mild taste of whiskey combines caramel and vanilla and woody notes and light nuances of smoke.

Whiskey drink in pure form ice cubes. You can add a soda water or just water. It is appropriate in a variety of cocktails.

The Old No. 7 whiskey brand originated from one of Jack Daniel's distilleries, which was granted a state license under this number. History of the brand The history of Jack Daniels whiskey began in the 19th century. Jack Daniel's owes its appearance to the church. Specifically - to Lutheran priest Dann Call. This pastor, in addition to saving souls, was engaged in the production of not quite godly beverages. Among the men of the parish his whiskey was quite popular. It was at Father Dann's distillery that a little seven-year-old boy, Jasper "Jack" Newton Daniel, was hired to work. It happened around the mid-1950s in Lynchburg, Tennessee. Little Jack proved to be extremely savvy. He grasped all the wisdom of the alcohol business on the fly. At the age of 13 he was already an owner of a distillery. It was he who turned this strong enough alcohol which is purely for men into a world classic and which enjoys well-deserved fame. The new spirit has quickly gained fame which was helped by a well-thought advertising campaign of a new genius of the distillery business. In 1904 Jack Daniels gained popularity after he won the gold medal for the best whiskey at the World's Fair in St Louis. In 1907, Jack felt that his health was beginning to fail him and decided to train someone to inherit his alcoholic empire. Since he had no children or wife, his nephew Lem Motlow became the heir. Jack began to initiate him into the affairs of the company, and eventually gradually gave him all the reins. For many years whiskey was under prohibition and the distillery was on the verge of bankruptcy. In 1941 the Governor of Tennessee decided that the whiskey produced in Tennessee was worthy of a special status because of its filtration technique. Since then the Jack Daniels distillery produced not bourbon, but Tennessee Sour Mash or just Tennessee. Thanks to that it still survived. Jack Daniels whiskey is aged in special casks that used to be used for wine. This way the Tennessee whiskey gets its original flavor and aroma. It is worth noting that there is even a certain series of whiskeys whose bottles are poured exclusively from a single cask, and in such a case, no mixing is allowed. Lomka Bar's couriers will deliver whiskey around the clock in Kiev from any cask and with the proper ageing.
Home Payment/Delivery Categories
Beer Vermouth Wine Whiskey / Rum Vodka Cognac / Brandy Liquor Tequila / Gin The drinks Snacks
About us
ru | en
русский военный корабль - иди Н@%УЙ!