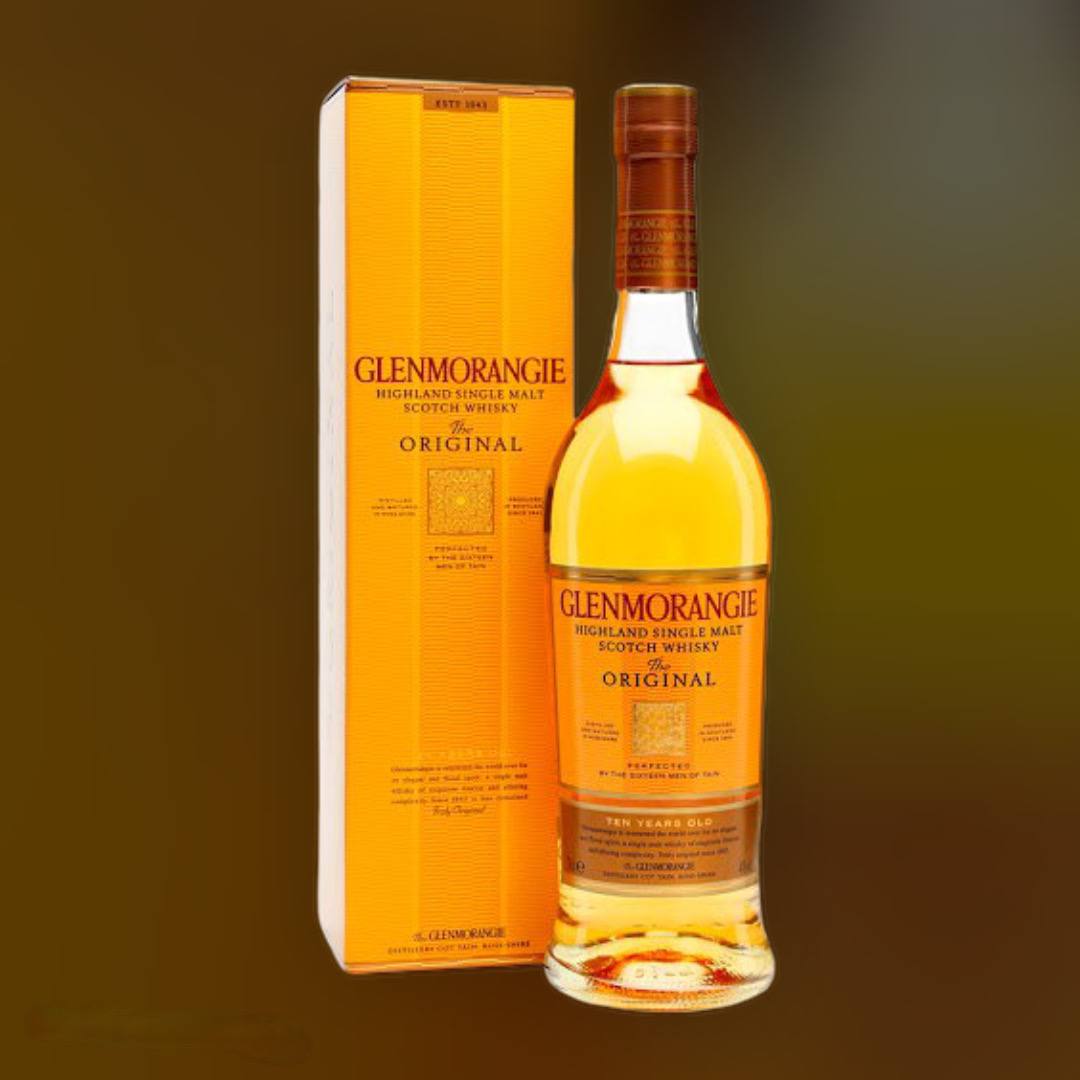 The whiskey is light golden in color.

The aroma of the whiskey reveals hints of mandarin, vanilla and awith a faint note of smoke. Floral notes, but also have bread tone.

Whiskey is great to drink pure, or with a tonic or water. A little ice can be added.

The Original - the youngest Glenmorangie whisky - is a work of art in the form of single malt Scotch whisky from The Glenmorangie Company Ltd, which is the flagship for the brand. This fantastic drink can truly be considered a masterpiece. The Original is produced in a small distillery in Scotland which makes it not only unique but also chamber authentic as it is produced in only one place in the world. It is located in the Highland region and was founded back in 1843. Centuries-old traditions and recipes preserve the atmosphere of Scottish bars, and the unique taste takes us to the places where it is customary to play darts. For those who love time travel, Scrap Bar will deliver incredibly fast drinks at night and help you to immerse yourself in 18th century Scotland. Original Glenmorangie Whiskey is made from the finest Highland malt and the purest spring water. The beauty of the drink is created by distillation in huge cubes which have rightly earned the title of "the highest in the world". It is thanks to the magical vaporization that the whiskey gets the aroma and flavor qualities for which it is famous around the world. Maturation of this single malt masterpiece follows the traditional schemes. The use of bourbon barrels helps to strengthen the flavor profiles and diversify the bouquet of flavors, thus focusing the characteristics on certain receptor points, ensuring full gastronomic compatibility of the drink. Glenmorangie The Original - will please both novices and connoisseurs of the aristocratic heritage of the Glenmorangie distillery. Glenmorangie Company, having become one of the world's leading Scotch whisky producers, has had a long and fascinating journey. For more than a century it has been giving us incredible single malts imbued with the craftsmanship and tradition of today's finest distillers. To some extent, Glenmorangie has been an innovator in wood-aged whiskey. They have and are still conducting hundreds of experiments with different types of wood in search of the perfect barrels for vintage whiskeys. Their tireless dedication to innovation, combined with the success of their products, has allowed Glenmorangie to be at the forefront. Their products have won numerous awards at prestigious international competitions. The manufacturer Glenmorangie has a rather diverse catalog of drinks with a multiple palette of flavors. Scrap Bar has most of the items of this brand for all tastes. Order overnight delivery of alcohol in Kiev and our couriers will carefully bring your favorite drink.
Home Payment/Delivery Categories
Beer Vermouth Wine Whiskey / Rum Vodka Cognac / Brandy Liquor Tequila / Gin The drinks Snacks
About us
ru | ua | en
русский военный корабль - иди Н@%УЙ!