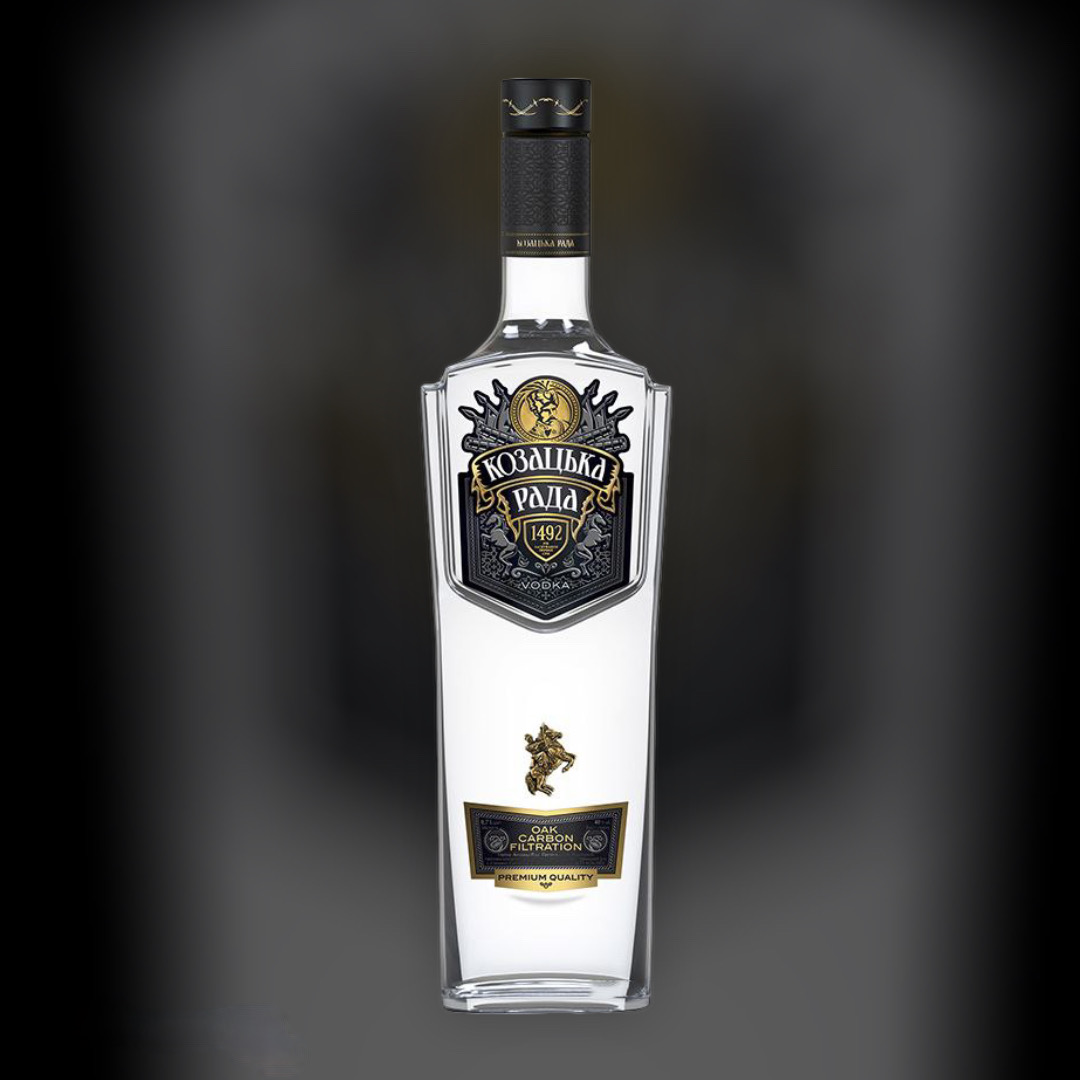 The vodka is pure, transparent in color.

Vodka has a unique, soft, harmonious, balanced taste with a slight sweetness and oak notes.

"Bayadera Group is the largest alcoholic holding in Eastern Europe, founded in 1991. It unites core assets - distribution companies and its own production in Ukraine and Belarus, and is also an exclusive importer of famous alcohol brands in Ukraine. It exports its products to more than 40 countries. It combines the following brands - Khlebnyi Dar, Kozatska Rada, Perepelka, Vozdukh, Koblevo, Marengo. For 10 years the company has walked steadily towards success. "Bayadera Group" was able to build the most ambitious distribution system, to begin to effectively market popular domestic brands and attract foreign brands to Ukraine. So in 2003 the well-known to all of us vodka "Hlebnyi Dar" appeared, it is still the flagship of the company. At the same time the company experts began to work on improving the line of KOBLEVO wines, new flavors and designs were invented. A few years later the company continued to move forward by leaps and bounds and created "Kozatska Rada", "Persha Guild", "Celsius". At the same time the holding "National Vodka Company" was created and an agreement with Diageo, a world-known company, was concluded. "Bayadera Group" is a leader in many categories of alcohol - vodka, wine, vermouth. It has many awards and diplomas for its products. After 2015, the company strengthened its position - launching a new production - "Nikolaev Cognac Factory". A little later, the company updated its production of the wine shop with new containers and launched the production of cognac KOBLEVO. In 2019, "Bayadera Group" has developed the export map to 45 countries of the world, the supply of alcohol has been established even in Tanzania, Uganda and Eritrea. National brands are exported to Africa, China and Asia. Since 2020 the company started producing its own brands in Turkey and bottling its products in Azerbaijan and Uzbekistan. The hallmark of the company is - honesty, openness and fairness. "Kozatska Rada" is the embodiment of the Cossack spirit and its greatness. It is a message from the past for the real Cossacks, for those who can stand up for their honor. Vodka "Kozatska Rada" Premium is for those who appreciate resolution, courage and uncompromising spirit, for those who want to emphasize their status. Beverage, made by a unique technology that makes the vodka noble. There are several facts that characterize "Kozatska Rada" Premium: - laconic design of the bottle, recognized by the world trends of modernity - The cap weighs only 30 grams and has no duplicates around the world. - Kozak golden shield is made in France by the house of fashion accessories. All the missing components of any cocktails, drinks to your taste and snacks are always happy to deliver Lomka Bar round the clock in Kiev.
Home Payment/Delivery Categories
Beer Vermouth Wine Whiskey / Rum Vodka Cognac / Brandy Liquor Tequila / Gin The drinks Snacks
About us
ru | ua | en
русский военный корабль - иди Н@%УЙ!